This course introduces students to liberalism, socialism and nationalism as a complex set of very powerful ideas that have influenced … 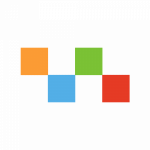 This course introduces students to liberalism, socialism and nationalism as a complex set of very powerful ideas that have influenced the political, economic and cultural development of Europe, and, subsequently, the world. We are now all living in a period where all of these systems are being questioned and reconfigured.

Liberalism places the individual at the center of things and gave birth to the core concepts of liberty, equality, and individual rights. Socialism gave rise to other concepts like fraternity, a community of workers, and the redistribution of wealth. Nationalism focuses its identity on the nation-state, and, often, on particular groups within the nation as the source of political power. We will explore the intellectual mainsprings of these movements through excerpts from their writings of Hobbes, Locke, Rousseau, Smith, Montesquieu, Kant, Hegel, Mill, Marx, Lenin, Schmitt, Arendt, Freud, Nietzsche, de Beauvoir, Foucault and Mao. Students will be asked to engage in debates and to articulate how these global movements shape their own lives today in very tangible ways.

All three philosophies have given birth to social movements—sometimes violent and sometimes peaceful—across the world. Together, they have shaped the modern world of nation-states and market economies, emigration and immigration, human rights and terrorism, economic crises and world wars. The apparent triumph of liberalism in the late 20th century is now being reassessed, but its revolutionary vision to sweep away entrenched and protected privileges remains a vital body of ideas.

Each ideology has reacted and responded to an increasingly integrated economic world and to each other over the course of their histories. Their enduring influence and continued relevance make them worthy subjects of study for comprehending the world in which we all live.

No Reviews found for this course.

top
© HKU Online Learning. All rights reserved except where noted. EdX, Open edX and the edX and Open EdX logos are registered trademarks or trademarks of edX Inc.